There is no denying that Meghan Markle is a woman of personality and always knows how to be the center of attention.

The Duchess currently has millions of fans from around the world. 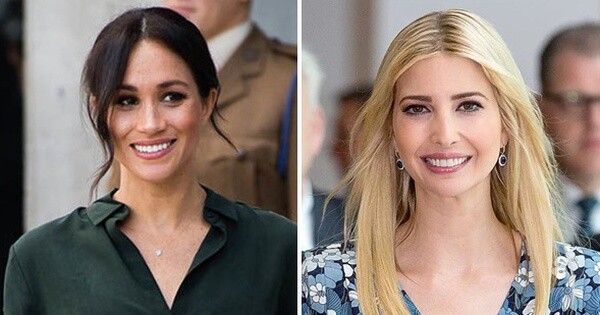 Despite her popularity, it’s not enough for Meghan. She always wishes she could build her own brand like the following 3 women did to assert their name globally:

Ivanka Trump used to be the “goddess” of power in the White House.

Page Six reports that Meghan Markle interviewed Ivanka via email for her personal blog The Tig in 2014 before she married Prince Harry. According to author Tom Bower’s new book, the former actress once told her blog followers that she wanted to be like Ivanka.

Meghan has been full of praise for Ivanka Trump, the eldest daughter of the former US President, on her personal page: “She is brilliantly beautiful, there is no doubt. However, Ivanka is so knowledgeable and intelligent that not only has she forged a niche under her father’s popularity, but she has certainly created her own empire.“.

An email conversation with Ivanka, who used to own her own brand of perfume, shoes and bags in addition to helping her father run the Trump real estate empire, prompted Meghan to exclaim: “She can do it all“.

According to author Bower, Meghan once revealed to a friend before that she wanted to get to know Ivanka and dreamed of becoming the second version of the “goddess” of the White House.

The former First Lady of the United States is now one of the most admired inspirational women today. After leaving the White House, Michelle Obama has developed her own path and achieved many successes.

Her memoir, “Becoming,” was one of the best-selling books of all time. Michelle Obama is also a speaker representing feminism, each of her speeches has a certain weight and influence.

Michelle Obama has had a very successful career.

Meghan Markle was once advised by Michelle Obama when she first entered the royal family. The former US first lady said that Meghan should not be in a hurry to change everything, it needs time to adapt to the new environment.

Many experts believe that the Duchess is following in the footsteps of Michelle Obama when Meghan also released her first children’s book, always speaking out in defense of feminism. She did not hesitate to express her opposition to the abortion ban in the United States. It can be said that Michelle Obama is an exemplary model that Meghan wants to follow.

Kim Kardashian is a famous TV star in America. She and her family participated in a reality show and since then their fame has skyrocketed. This star is very successful in using tricks to polish his name. She currently has tens of millions of followers on both Twitter and Instagram.

In addition to participating in reality TV shows, most of Kim Kardashian’s income comes from business. She has launched her own brand of cosmetics and skin care lines. It can be said that Kim Kardashian’s popularity in the Hollywood world at the moment is hard to match.

According to model Leilani Dowding, Meghan Markle wants to build an empire just like Kim Kardashian achieved. The Duchess and her husband have left the royal family to build their own career and be financially independent. She did blockbuster interviews with media queen Oprah, signed a series of lucrative contracts with Netflix and Spotify aimed at creating a global brand.

Like Kim Kardashian, Meghan Markle always knows how to polish her name. It can be said that fame and successful career are two things that the Duchess always wishes to have within her reach.