Kim Kardashian fans are worried about the reality star after she posted some thirst trap photos from the gym on her Instagram. Here’s what Kardashian posted and what fans said about the bizarre images.

Kim Kardashian shared two Instagram posts over the weekend showing herself in a bᎥkᎥnᎥ and boots at the gym.

On Aug. 13, Kim Kardashian posted an Instagram video showing herself working out. The Keeping Up with the Kardashians star was seated on a piece of exercise equipment, twisting to film herself in the mirror. She wore a nude string bᎥkᎥnᎥ and thigh-high camo boots, far from typical gym attire. “Gym time,” Kardashian captioned the clip, set to Ciara’s cover of The Rolling Stone’s song “Paint It, Black.”

On Aug. 14, Kardashian doubled down on the post by sharing a series of Instagram photos. She wore the same bᎥkᎥnᎥ and boots while posing with different pieces of gym equipment. “I do my own heavy lifting ?,” she captioned the images.

Kim Kardashian fans have been reacting to her strange gym photoshoot in a Reddit thread titled “Is Kim okay?”

“I don’t think she’s okay,” one fan commented. “… I can’t stand her but honestly, she looks so strung out, hungry, and sad.” 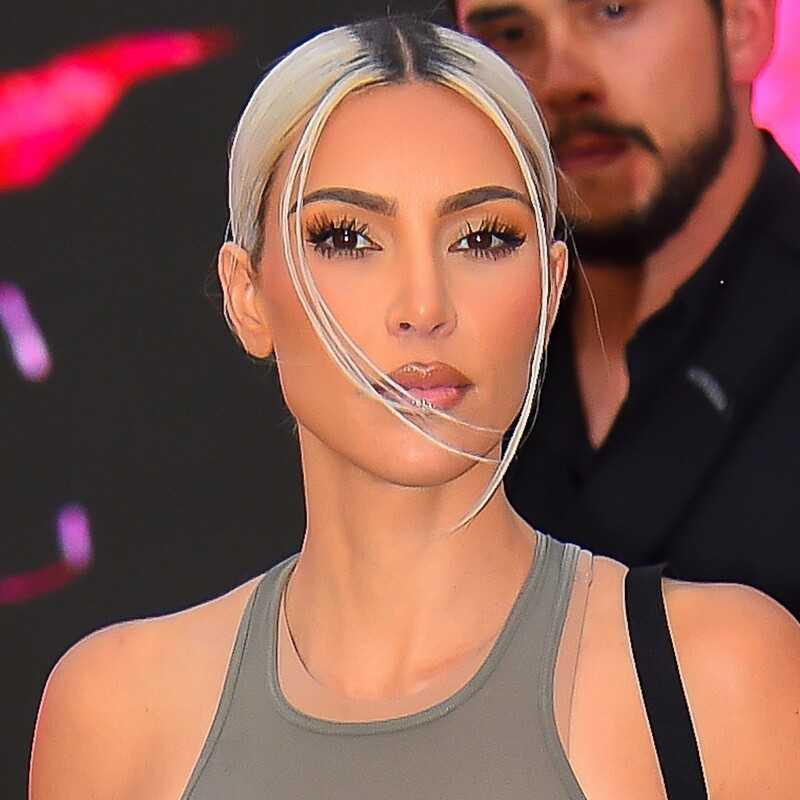 “I feel like she has no idea what to do next,” another Reddit user wrote. “But instead of taking a step back and lying low for a bit, she’s just out here flailing around in her wig and sucked stomach. I honestly feel like if she doesn’t make her quota of 6 DM articles a day she’d fade away from fame.”

“She doesn’t even know who she is.. it’s really sad,” a fan commented. “The pressure to remain a thing, to be hot, to be perfect, to be center stage, and to be so criticized by the media and public- I don’t blame her. I feel for her.”

And another Reddit user wrote, “I hope she seeks help soon. I really don’t care for her tbh but I hate seeing anyone spiraling.”

Others think Kardashian was just seeking attention with her bᎥkᎥnᎥ and boots Instagram post. “Nah, she has too many people around her to spiral,” opined one fan, while another wrote, “She’s probably fine but if she acts a lil bit strange then she gets everyone talking, win/win for her.”

Besides her bizarre gym photoshoot in a bᎥkᎥnᎥ and boots, Kim Kardashian has also recently drawn criticism for her remarks about age and beauty.

In June, she described to The New York Times how far she would go to look youthful. “If you told me that I literally had to eat poop every single day and I would look younger, I might,” the reality star said. “I just might.”

She added that she probably cares about looking good “more than 90 percent of the people on this planet.”