It’s safe to say that Kim Kardashian’s Instagram content has been extra talk-worthy as of late. From joining forces with her sister Khloe Kardashian for sun-soaked vacation pictures to capturing sweet moments with her boyfriend Pete Davidson, the mum-of-four has been keeping us entertained.

And the Skims founder has continued her winning streak, this time posting a seemingly nonchalant series of pictures of herself posing in white bikini bottoms and a T-shirt emblazoned with the words “The Incredibles.” Standing in the crystal clear waters of the ocean, the Kardashian sister can’t help but command the attention of the camera. But do her solo pictures contain a nod to her ex-husband Kanye West? You would be forgiven for thinking they might. 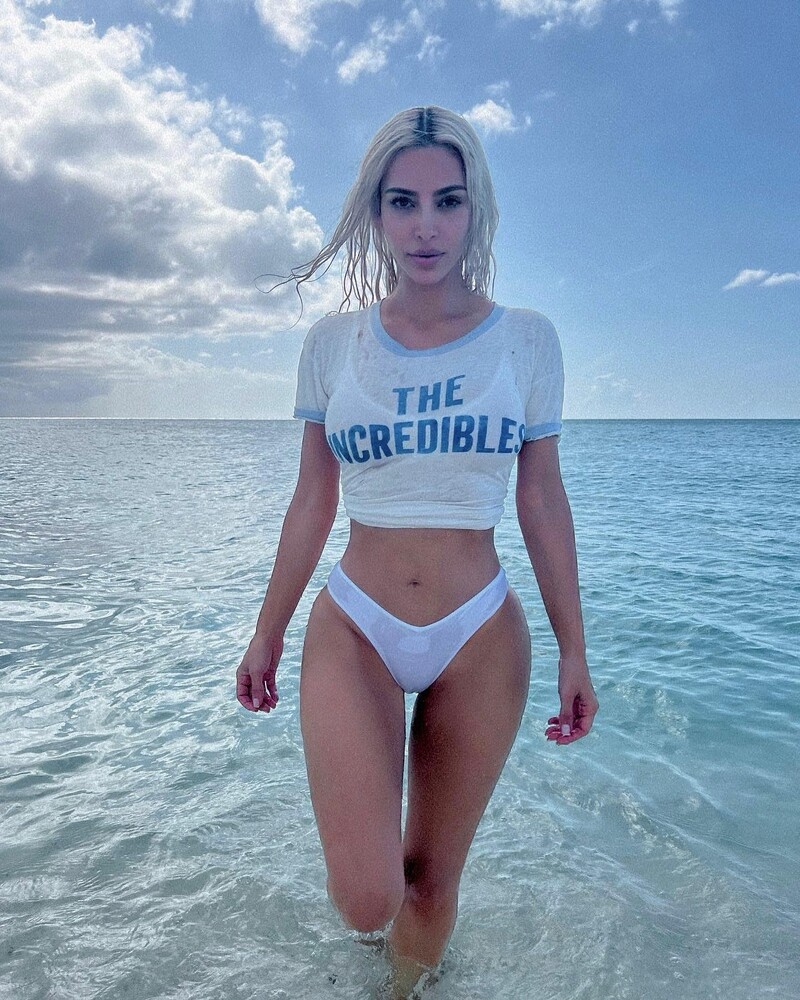 As any loyal Keeping Up With The Kardashians fan will remember all too well, long before “The Incredibles” was a logo on a T-shirt, it was discussed at length as one of West’s favourite films. In fact, when West eventually made his video confessional debut on KUTWK, it was only because he thought it would be cool to emulate the on-camera interview aspect that’s featured in the animated Pixar superhero film. “Part of the reason why I even considered doing this recording… interview is because of the movie The Incredibles. It starts off with the interviews, the superheroes are giving interviews,” he explained. “The wife’s got a big butt, and I just see our lives becoming more and more like The Incredibles until we can finally fly.” The film is clearly of importance to the entire family, as Kardashian previously shared a picture of her daughter Chicago, now 4, wearing a superhero costume from The Incredibles for Halloween. 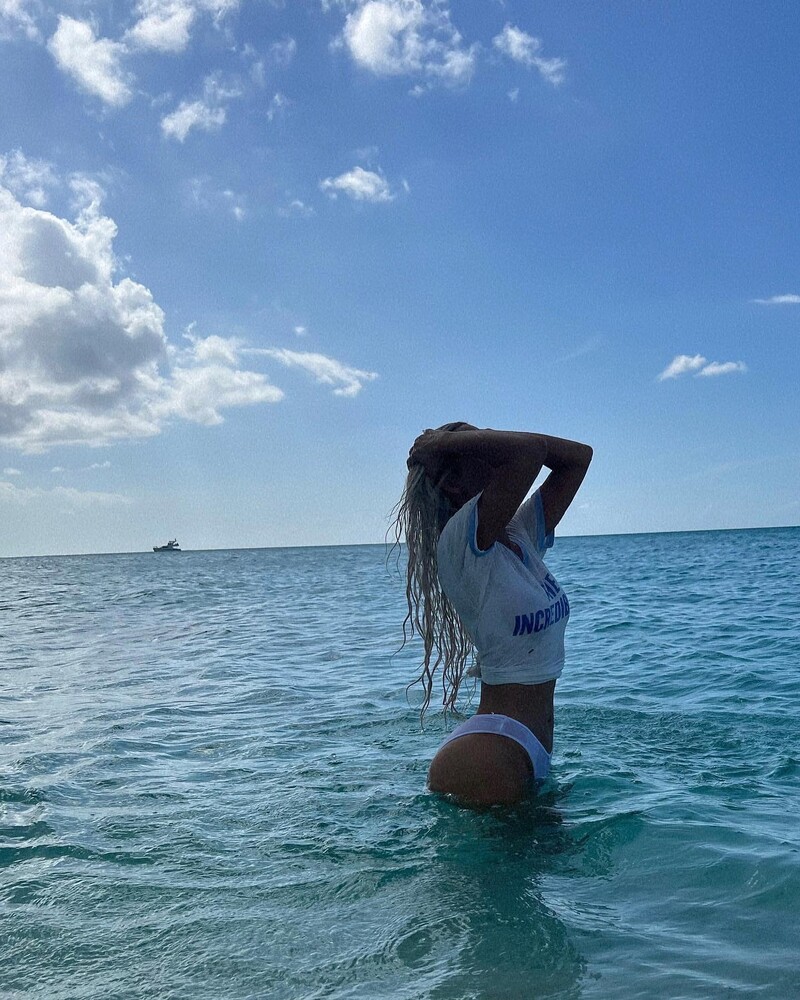 As the Kardashian uploaded her latest swimwear pictures without a caption, it remains unclear as to whether she was making a nod to the family-favourite film with her emblazoned T-shirt. What is clear, is that since separating from West, the mum and businesswoman has been experimenting more with her fashion. Throughout The Kardashians Season 1, which aired earlier this year, the Kardashian sister spoke about how she’s had to regain her confidence when it comes to fashion and dressing herself, following years of her ex-husband West acting as her stylist. 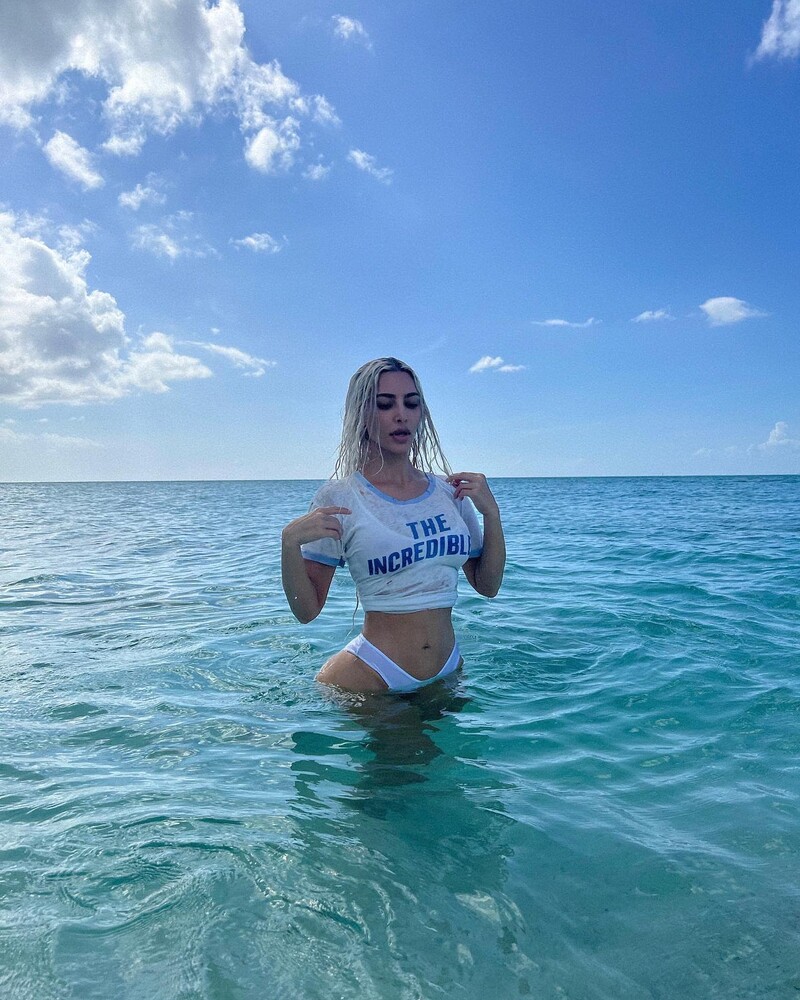 “I got to a point where I would ask him [West] for advice for everything, down to what I wear,” she explained during a scene on the show. “Even now, I’m having panic attacks, like, ‘What do I wear?” Kardashian went on to explain that when she dressed herself for the Wall Street Journal Magazine Innovator Awards in 2021, where she was honoured with a gong, West contacted her afterwards to critique her outfit. “He called me afterwards. He told me my career’s over. And then he showed me a picture of Marge Simpson wearing something similar,” Kardashian admitted. 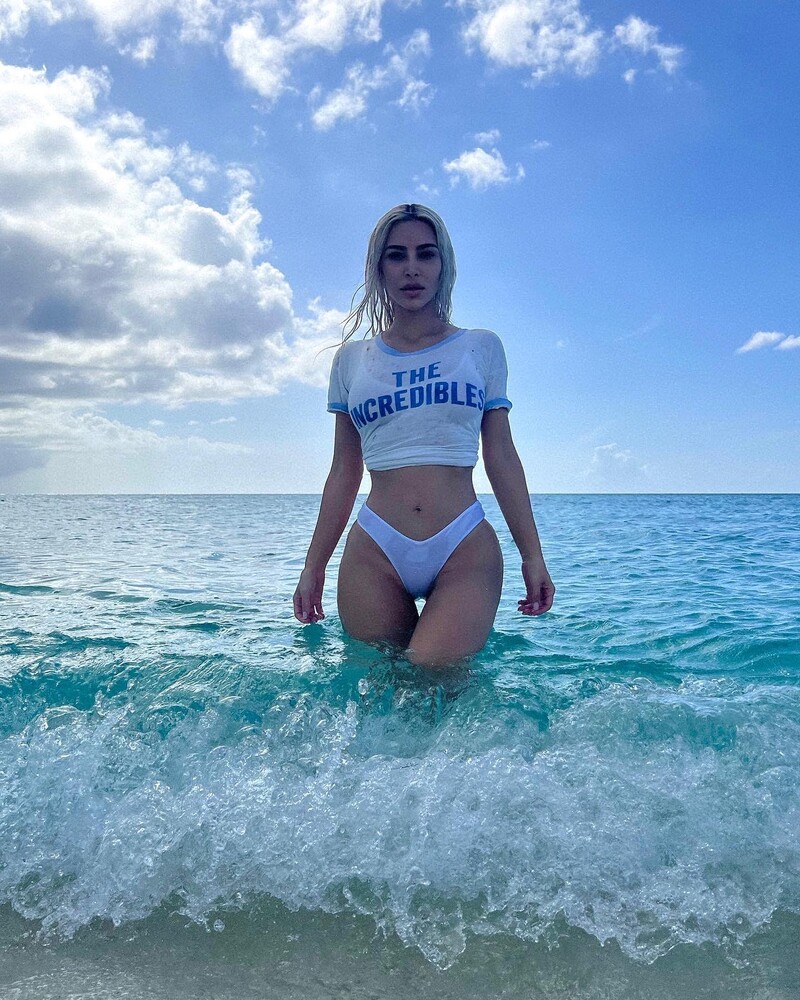 From showing off her funny side on Saturday Night Live to having more fun with fashion, the world is learning more about the various sides of Ms. Kardashian, and we love to see it.